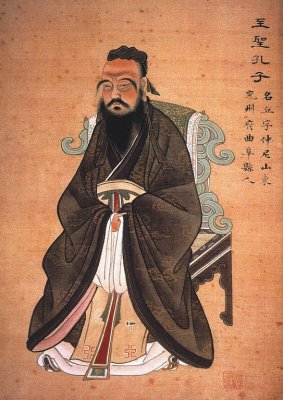 In China, the period of the Tang Dynasty (618-906) was a time of dynamic transformation in terms of religion. During this time, many different types of religion were observed and practiced. Among them were the indigenous religion known as Taoism, along with Islam, Buddhism and Christianity.

The fact that people were interested in pursuing knowledge about religion was something of a challenge to the long-standing and generally accepted philosophy known as Confucianism. Unlike modern-day situations in which beliefs and religions clash, the Confucian scholars’ response to this challenge was to revise some aspects of Confucianism to embrace Buddhism and Taoism. This revised version was called Neo-Confucianism.

Religions Influencing Each Other

In today’s Western society, we have become accustomed to people of various religions coming near to blows over their differences. However, this was not the case among the religious people of the Tang Dynasty.

The boundaries between the religions were flexible and allowed for interaction and competition. The religions were inclusive of one another with Taoists and Buddhists borrowing rather freely from one another’s terminology, writings, and philosophies. Both used Indian sutras, which they translated from Sanskrit.

Additionally, they adopted practices from one another. For example, Taoists began to incorporate celibacy as a practice for some members of their priesthood due to influence from both Buddhist and Christian practices.

While priests of each of the commonly practiced Tang Dynasty religions would clearly choose a belief system to follow and stick with it, followers of these religions might move freely from one to another without finding these choices to be in conflict. Priests, of course, had to stay with their religions of choice in order to attain consistent support from patrons, but common believers were not bound in this way.

For this reason, it was common for believers to participate in a number of different religious practices in daily life and mix-and-match deities from Buddhist and Taoist beliefs and Christianity with equal enthusiasm. A person might attend Buddhist temple, make sacrifices to Taoist deities, and keep a cross on the wall without feeling any sense of conflict.